Green And Unpleasant Land: Testing For Land Contamination When Building On Former Farmland

As populations grow and urban centres expand in kind, more and more land developers, commercial interests and private home builders are building on land that was once used for agricultural purposes. However, while building on former farmland might strike you as an easy way to avoid the pollution of the cities, don't be fooled. The various processes and chemicals used by farmers to increase crop yields can also leave behind dangerous contaminants in the soil, rendering land unsuitable or even dangerous for human habitation. Here are some of the most common contaminants found on former farmland, along with ways you can test for their presence:

When pesticides and herbicides are used to treat crops, a large proportion of the chemicals used will bypass the surfaces of the plants they are supposed to treat and enter topsoil instead, especially in wet, humid climates with high amounts of rainfall. As such, soils used to grow crops treated in this way over long time periods can become heavily contaminated with chemical residue. These pesticides and herbicides can pose a serious toxicity risk to humans (especially those containing potent pesticidal compounds such as paraquat) and may also contaminate plants, vegetables etc. which are grown on the land. In wet weather this pesticide residue can also become soluble, leeching into groundwater and aquifers.

Fortunately, testing for the presence of these chemicals in soil is relatively simple, and many soil testing companies sell self-testing kits that can be used without training to provide moerately accurate results. However, land which was previously used for large-scale agricultural works may be more heavily contaminated, potentially with novel pesticides and herbicides which are not detected by these simple testing kits -- if this is the case, consider sending a sample of your soil to a lab for professional testing, or have environmentally assessors visit the land to analyse soil content themselves.

Heavily fertilised land may initially seem like a potential boon for land developers, particularly those building residential homes with gardens. However, only a small fraction of the fertilisers deposited on a field or orchard are actually utilised by the plants, while the rest is absorbed into the soil. Soil that has been heavily fertilised over a number of years tends to contain large amounts of nitrates, potentially dangerous chemicals which can leech into groundwater and pose health risks to humans, particularly children. Fertilisers can also contain small amounts of cadmium, which is highly toxic to humans even in low doses.

Testing for the presence of nitrates in your soil is not quite as simple as testing for pesticidal and herbicidal contamination, as they are not detected by many rudimentary soil testing kits. As such, you should have your soil professionally tested for nitrate content; these tests should preferably be conducted on-site, as nitrate concentrations can differ wildly at different locations on your land and sending away a single soil sample can provide inaccurate results. Cadmium contamination should also be tested for professionally, as the highly toxic metal can pose a serious danger to amateurs attempting to analyse polluted soil.

Large-scale farming operations naturally use a lot of petrol and diesel-powered machinery, and finding traces of petroleum contamination in former farmland is a common occurrence and does not pose a serious risk. However, oil leaks, mechanical malfunctions and other accidents can deposit large amounts of petroleum into the soil in a very short space of time. Soil heavily contaminated with petroleum can pose a health risk to humans, animals, and plants, and may be carcinogenic depending on the type of petroleum product present.

Like nitrate testing, testing your soil for petroleum contamination is best left to experts like Geotech Testing Pty Ltd working on-site, as the localised nature of petrol, diesel and oil spills means that parts of your land may be heavily contaminated while other parts remain virtually untouched. In addition, you should test the soil underneath any recently demolished farm buildings or barns, particularly those that were used to store vehicles, as petrol and oil leaks can leech through concrete foundations over time to poison the soil below. 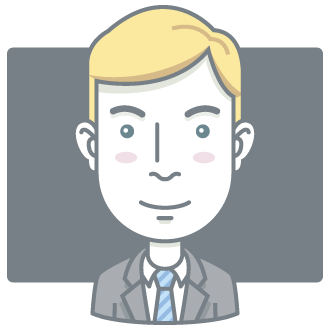 I was quite young when I started my business. Initially, it was just me and my partner, but as the business has grown we've taken on a small team. It's great to be successful, but sometimes it can be hard to be the boss when you are so young. I find that it really helps to learn about being the boss by talking to other business leaders and continually reading and researching what has worked in other companies. This blog has some of the tips I have found really useful leading my team. I hope it will be useful to other young people taking on leadership roles.